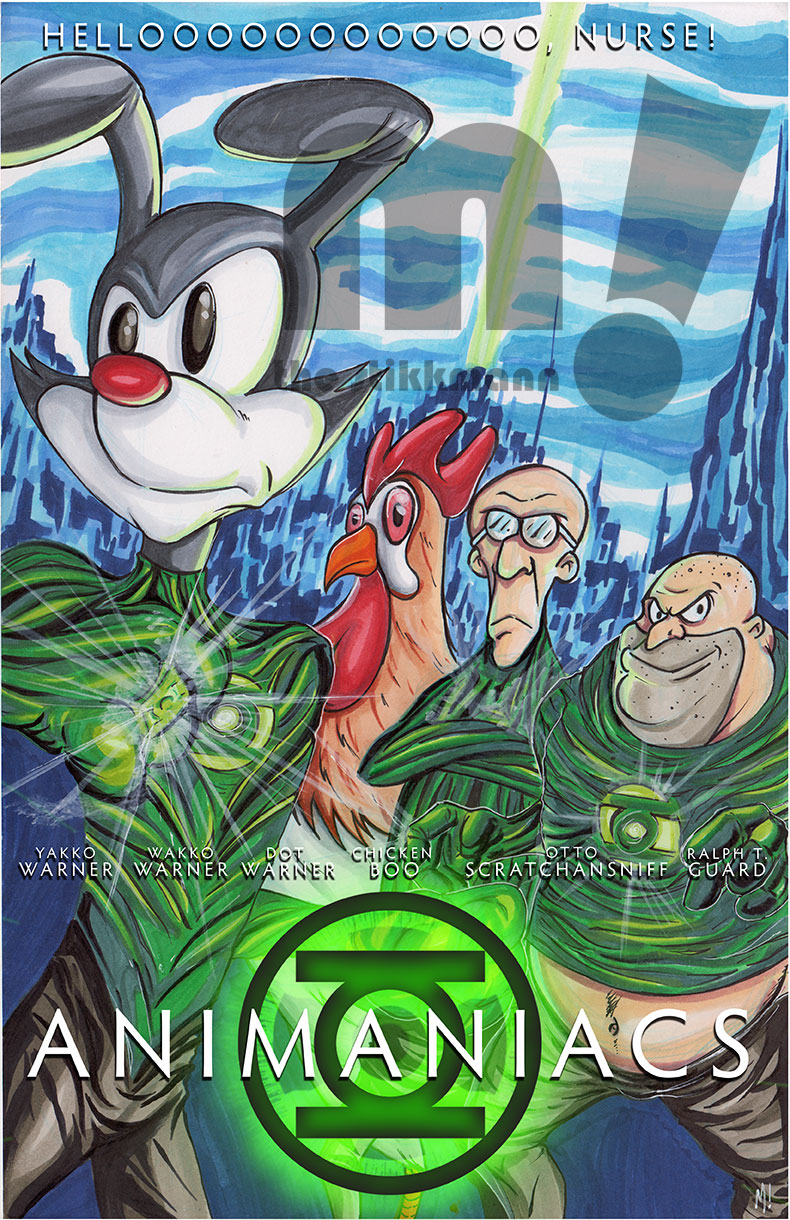 This idea came from a couple of different places: first, my love of mashups, and second, an old Green Lantern blank comic cover I did a few years ago. Animaniacs is one of my favorite shows and I thought the idea of The Warner Brothers with the powers of the Green Lantern Corps would be both hilarious and mildly terrifying. The original comic cover that I drew was just a plain white background with Wakko flying toward a sandwich construct. This time I thought I’d take it a bit further and have a little more fun: I based the whole look on the Green Lantern movie poster. I added a few more characters from the Animaniacs show to fit the characters that were on the movie poster. I particularly like Chicken Boo, it just opens up an entire joke of its own. This piece is done on bristol board with Copic markers.

Here are a few process pics. 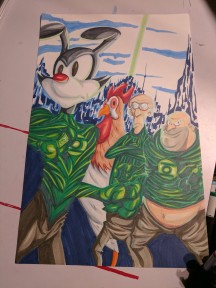 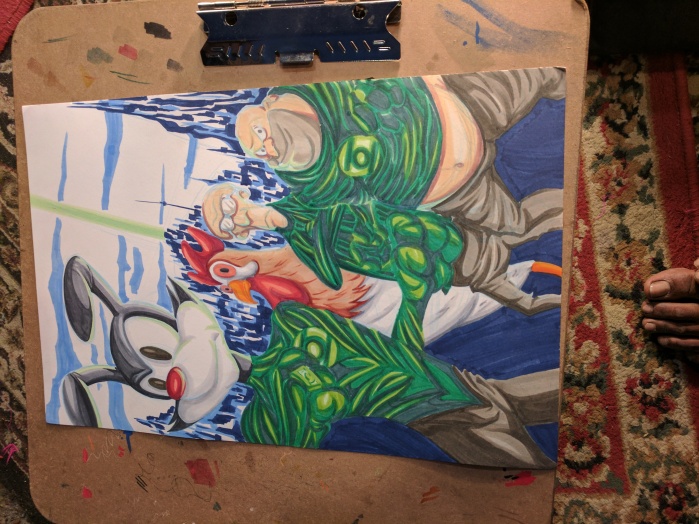